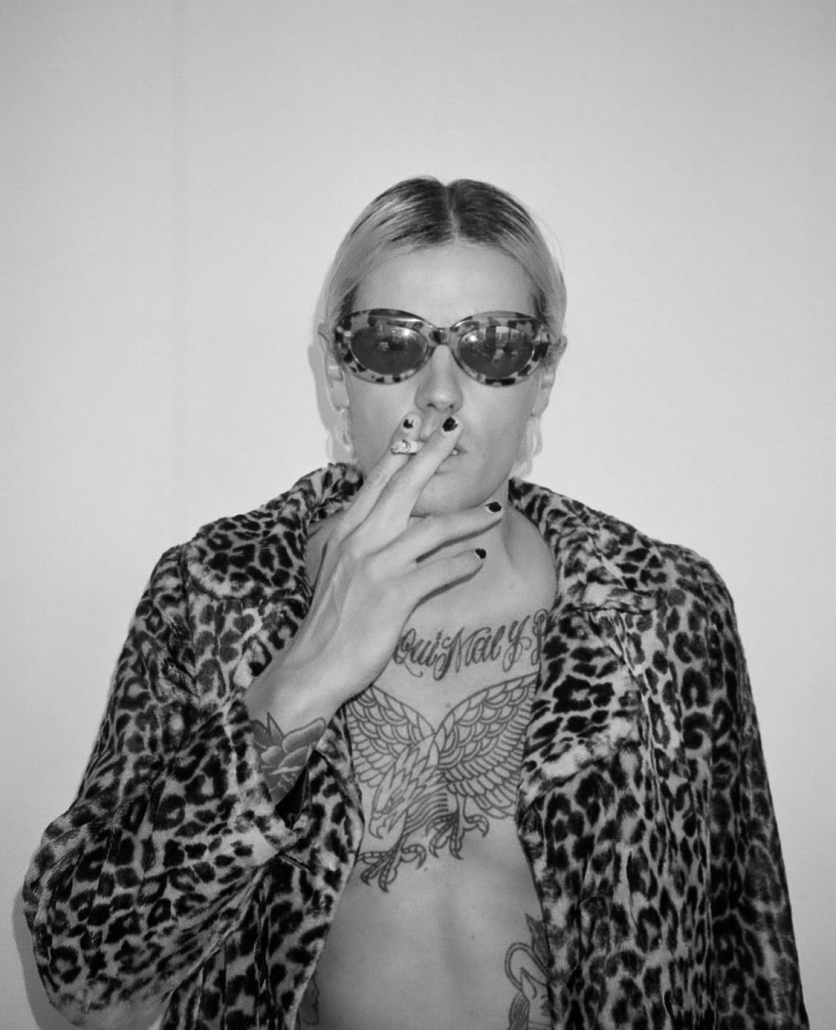 What did you study? I’m an autodidact.

How did you start? Documenting my artists friends in London.

Can you give us a definition of art? Art is an act of expressing feelings.

If you can choose 5 celebrities for a photo shoot who they would be? Pete Davidson, Chloé Sévigny, Safdie Brothers, Frank Ocean, Brett Easton Ellis.

If you could speak in world vision for 15 minutes what would you say? That we need to stop social media and the doomscrolling.

Do you have any political orientation? Green ideology.

A model you would like to work with? The answer would be Lara Stone (@lara_stone), but I already did, so I would say Claudia Schiffer.

What is the night you spent the most money to have fun? Las Vegas with my girlfriend playing roulette all night.

If you could live in one historical era, which one would you choose? 1970s.

If you could spend a day with an historical figure who would you choose? Pharaoh Tutankhamun.

Who are the people that inspired you the most? Kid Lohan, Word To Mother, Alex Olson,  Balboa Blonde, Ed Templeton (read here ’89 domande a Ed Templeton), River Phœnix, Virgil Abloh.

If you can choose a famous man or a woman for a night, who would it be? Vincent Gallo.

And for a relationship? Robert Pattinson.

What do you do for fun? Driving cars and motorcycles.

How much do you earn now? Love doesn’t care about how much money you have.

What makes a photographer better than another? Originality against Imitation.

What’s your best shot? A shot of my friend artist Word To Mother (@wordtomother) for magazine Juxtapoz. The idea was to shoot his portrait without revealing his face as he is a vandal graffiti writer. The photo was shot using an old Yashica T5 in a single and first frame. One of my friend throwing a bucket of white paint in front of his face while I shot. Luckily the shot turn out perfect and hide just his eyes.

And the one you are most proud of? A photograph of my fiancée Elodie Christ (@balboablonde) for Bianca Chandôn shot in my hometown on the beach of Camargue.

The most appreciated one? A shot of model and friend Grace Small (@monikerlewinski).

Who’s the person you photographed that you liked the most? My fiancée.

What people don’t know about your job? That I have “Impostor syndrome”.

Where have you been on vacation when you wereyoung? To New York City, my older brother Patrick took me with him when I was 16 years old and it literally change my life. It open an entire world of Art.

Where are you going on vacation now? South of France.

What’s the topic you are most expert in? Cars and motorcycles.

What’s the most exciting part of your job? And the most boring one? Being creative, work with non creative.

Did you fall in love with some models you worked with? Never.

What was your job before becoming a professional photographer? Worked at a skateshop.

Where do you live? Milan, Italy.

Where are you from? South of France, Camargue.

Other cities where you’ve been living and how long? London 7 years, Los Angeles 2 years, Paris 3 years.

Which are your favorite places in your city? Chinatown, Brera, Isola.

Who are the people you like to work with the most? Without Alex olson from Bianca Chandôn and Virgil Abloh from Off-White I will never be the artist I’am today, they help me shape my own style and present me to the world at my best artistically.  I really want to tell them that I will forever be grateful to both of them. ❤️

Favorite books? American Psycho by Brest Easton Ellis; On the Road by Jack Kerouac; Fear and loathing in Las Vegas by Hunter S Thompson; L’Arrache-cœur by Boris Vian; The Heart Is Deceitful Above All Things by JT LeRoy.

The craziest experience you’ve ever had? A car crash.

What do you think about influencers? I influence them.

Do you consider yourself an influencer? I wish I wasn’t.

How the advent of the smartphones and socials media affected the job of professional photographers? Everything after the start of social media transform Art forever and unfortunately nothing will not be the same.

Has it ever happened to you that someone was on drugs during your photo shoot? Yes quite often.

Can you define yourself with an adjective? Original.

The most overrated? Popularity is overrated.

The most underestimated? Imperfection is underrated.

If you were an animal which one would you like to be? A wolf.

Have you ever cheated on your fiancée? No.

Have you ever cheated on a friend? Yes.

Do you have some regrets about things you wanted to do but you didn’t do? If so which ones? No regrets.

Do you have some remorses for something you did but you should have done differently? If so which ones? No remorses.

Do you have some dreams that you are trying to realize? If so which ones? Being a Director.

What time do you usually go to sleep? Late.

What time do you usually wake up? More and more early.

What’s your favorite city in the world? Planet Earth.

Do you believe in some religions? I was raised by a Spanish mother that believe in Jesus Christ and Christianity but I mostly believe in Karma, being healthy and my own God the one that take care of me and the people I love. I still pray  sometimes 🙏.

Your typical day? Wake up , go out to get a coffee, take some snaps, eat healthy food, watch movies, listen to music, read, make love to my fiancée, sleep.

Do you have many friends? No.

What’s the first thing you would do if you win the lottery? Buying a house with my fiancée in the south of France but we are doing it without wining at the lottery 😉

What’s the thing you like most? Riding motorcycle in the South of France garrigues with my son Kid Lohan.

Do you have some phobias? Insects.

What car do you own? Audi Avant, Buick skylark, Citroen Meharie.

The most precious material thing you own? Gold cross chain.

What do you usually drink at the bar? Prosecco.

What do you usually have for breakfast? Açaí bowl.

An advice you can give to someone that want to do your job? Don’t do my job.

Best party you’ve been to? I don’t go to parties.

What drugs have you done? Weed, Cocaine, Extasy, MDMA, Mushrooms.

If so which one is your favorite? Weed.

And which one you use more often? I don’t do drugs no more for about two years now.

If you had the chance to document an historical event, which one would it be? The making of Egypt by the Pharaohs.

What’s your best talent? Give advices.

What are the clothes you can’t stand to see on a man and on a woman? Anything that they wear because it’s a trend and they saw it on Instagram.

Can you recommend us some photographers? Patrick O’Dell, Ed Templeton, Cheryl Dunn.

What’s the item of clothing you spent the most money on? Gucci suit.

Your ideal holiday? Driving along the coast with my girlfriend.

If you could have a super power what would you choose? Disappearing.

Which people are you most grateful to? My mum & dad, my son Kid Lohan, my fiancée Elodie, my agent Vincent Tsouderos, my agents Dorothée & Émilie, my agency The Art Board, Alex Olson and Robin, Bianca Chandôn, Virgil Abloh, Off-White, and Word To Mother.

If you could choose a person you know to read this interview, who would it be? My mum. 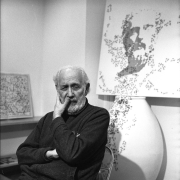 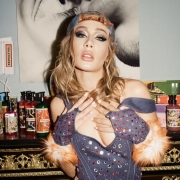 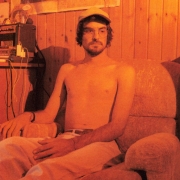 '89 domande a Jesse the Faccio - Cantautore 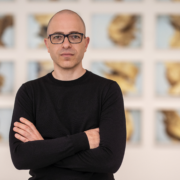 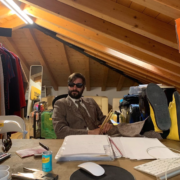 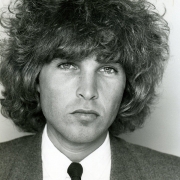 '89 domande a Brad Elterman - Photographer
Scorrere verso l’alto
We use cookies on our website to give you the most relevant experience by remembering your preferences and repeat visits. By clicking “Accept All”, you consent to the use of ALL the cookies. However, you may visit "Cookie Settings" to provide a controlled consent.
Cookie SettingsAccept All
Manage consent