Versione in italiano a fine intervista

What did you study at university? Design and Management

When did you start your job? 4 years ago I started with my own brand

How did you start? I’ve been in the fashion industry for more 20 years, I would say with one step after another

You did the famous Swarovsky for Madonna, what’s her favorite song? Give It 2 Me

Who was the first celebrity to wear an Ezgi Cinar dress? Sibel Kekilli

Your favorite style icon? Don’t really have one, but I like Tilda Swinton and Carine Roitfeld style

What do you think about influencers? It depends on if someone really does something creative in his life and really inspire others, but I am just bored with those who only post ads.

Do you think about yourself as in influencer? Not in the common sense of influencer. But I am receiving a lot of messages from girls and women who are texting me that  hey are inspired by me and my lifestyle and they are impressed with how i handle stuff. So if I want it or not I inspire others. I’m honored to be able to inspire someone

Do you use to do things just for instagram? Hell no my account is 100% ad free, the only thing I am selling there is Ezgi Cinar and a part of my personality

What is the night you spent the most money to have fun? I went to shanghai for 24h just cause I was in the mood

At what age the first kiss? 15

The best designer in history? I do have a few: Alaia, Mugler and Alexander MC Queen

What’s the best club you’ve ever been? I have been in so many clubs around the world to be honest, I wouldn’t be able to answer

What’s the best club right now in your opinion? The best club is always where my friends are

How much do you earn now? Enough to pay my bills

Where have you been on vacation when you were young? I used to go in Italy, Sardinia and Greece, Mykonos and Kos

Where are you going on vacation now? I haven’t been on vacation for years, my travels are always a combination with work

What would you change about Swiss lifestyle? Actually nothing, I have the freedom to leave whenever I want so why should I change something

What do you like the most about Swiss lifestyle? Everything is very well organized and on time, and I love it

What’s the topic you are most expert in? Fashion

Have you ever been in love? Yes once

Where do you live? Between Zurich and Istanbul

Where are you from?  Originally from Turkey but I grew up in Switzerland

Other cities where you’ve been living and how long? Tripolis for like 8 years when I was very young, and many other places like South Africa etc, but nowhere longer then half a year

Which Languages do you speak? German, Swiss, Turkish, English

Which are your favorite places in your city? Baurs for dinner in Zurich and Backyard for brunch in Istanbul

Favorite songs? Walking in my shoes, Roots,  Englishman in New York, Jonny B., No time to die

Favorite books? Parfume and many many more. I grew up without a television so as you can imagine I read a lot

Favorite authors? To be honest I never give attention to the author

The craziest experience you’ve ever had? I’ve had so many crazy experience but if I have to name one it was being on set for Lady Gaga music video Stupid Love

Can you define yourself with an adjective? Ambitious

What’s the best designer right now in your opinion? Iris van Herpen, her work is just on the next level

Favourite TV series? I am not really watching tv except during the covid-19 and i liked house of money

If you were an animal which one would you like to be? A black panther

Have you ever been offered money for sex? Men are usually intimidated by me, they don’t even dare to speak to me, let alone offer me money for sex hahaha

Have a guy ever refused you? Never

Have you ever cheated on your fiancée? I try to live according to the motto do not do to others what you would not have them do to you

Do you have some regrets about things you wanted to do but you didn’t do? I am quite fearless till today if I wanted to do something I would have done it

Do you have some remorses for something you did but you should have done differently? I don’t regret anything I am who I am today thanks to everything I ever did and I quite like the person I became

Do you have some dreams that you are trying to realize? I am not a dreamer and I’ve never been but I do have goals yes

What time do you usually go to sleep? 2am

What time do you usually wake up? 6am

What’s your favorite city in the world? Hong Kong and New York

Which places do you like in Hong Kong and in New York? In HK Mott 32 and NYC I like the Soho area

Do you believe in some religions? No

Your typical day? I don’t have typical days I am usually never longer then 2 days at one place

Do you have many friends? I know a lot of people but just few of them are my friend

What’s the first thing you would do if you win the lottery? Invest in my company to grow more

And the second? Buy a private jet

The richest person you know? I never ask people about their bank account therefore I have no idea who is the richest

Some of your friends are billionaire? I don’t care about the bank account of my friends

What’s the thing you like most? Being able to do whatever I want

Your favourite dish? Dessert, once I had the dessert before the main course, Mille-feuille with fresh framboise

Do you have some phobias? I can’t deal spiders

What was your work before designer? Brand Manager and before of that I was an Art Director

What car do you own? Currently I don’t own one

Favourite cartoon when you were a child? I have this thing with marvel cartoons

Last book you read? The Museum of Innocence

Favourite fashion brand? I am wearing 90% my own brand, the clothes just fits me better so I would say my own one

The most precious material thing you own? My haute couture wardrobe, some of the pieces are over 25 years old

What do you usually drink at the bar? Whisky-Cola

What do you usually have for breakfast? Coffee and cigarettes

An advice you can give to someone that want to do that job? Focus focus focus and don’t accept a no as an answer

Best party you’ve been to? I guess it was an after party of Dior (when Galliano was the head) but just because I was super young and so impressed with all of them

What’s your best talent? I am a very good observer and I notice everything around me

The way you dress more often? I only have two looks. Trophy wife or like I live under a bridge asking riddles to people to cross it

What are the clothes you can’t stand to see on a man and on a woman? If they are happy with their own styles it’s not my job to judge it

Do you have friends in the fashion world? Yes

There are more recommended or talented people in the fashion industry? Unfortunately talent alone is not enough

How many times in a week do you go to a restaurant? 4-5 times

Do you often go to the cinema? Not really unfortunately

If you could live in one historical era, which one would you choose? The one I’m currently living on, I’m not the kind of person that look at the past

If you could spend a day with an historical figure who would you choose? There is no one currently crossing my mind but i am sure that as soon as i press the button to send the email I’m gonna have a lot of ideas

Who are the people that inspired you the most? I never had a role model

If you can choose a famous man for a night, who would it be? Christian Bale in Batman or Keanu Reeves

And for a relationship? Does he need to be famous? if not I would say “my copie as a guy  haha”

What’s the item of clothing you spent the most money on? An haute couture dress from Valentino, it is made of silk and fully beaded, I still love that piece

Your ideal holiday? I don’t really care about holidays my life is amazing I don’t need to escape from it

If you can choose a testimonial for your brand who would it be? Carine Roitfeld

If you could choose it, who will you dress at the next Oscars? Tilda Swinton

What’s the best look for a man in your opinion? I prefer boys as simple as possible but in a good shape

And for a woman? It depends on the women but I always prefer a girl who knows her own style instead of being a fashion victim

Canzoni preferite? Walking in my shoes, Roots, Englishman in New York, Jonny B., No time to die

A che ora vai a letto generalmente? 2am

A che ora ti svegli? 6am

Credi in qualche religione? No 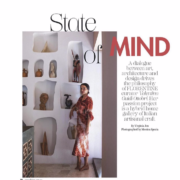 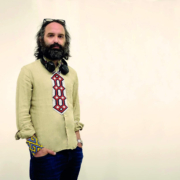 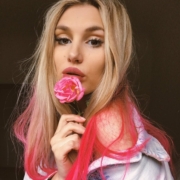 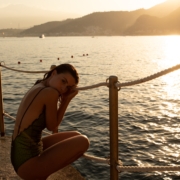 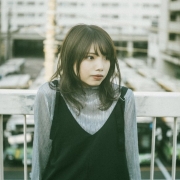 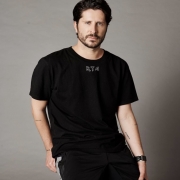 '89 domande a Cesare Morisco - The Complainers
Scorrere verso l’alto
We use cookies on our website to give you the most relevant experience by remembering your preferences and repeat visits. By clicking “Accept All”, you consent to the use of ALL the cookies. However, you may visit "Cookie Settings" to provide a controlled consent.
Cookie SettingsAccept All
Manage consent